For a young entrepreneur there is a great opportunity to challenge the status quot to build the world as he thinks it should be. The three stories we tell are an example.

According to Paul Graham, founder of Y Combinator, a company that deals with starting enterprises, the best way to deliver winning business idea it is to not think of any idea. Instead, it is better to concentrate on finding problems that can be solved. 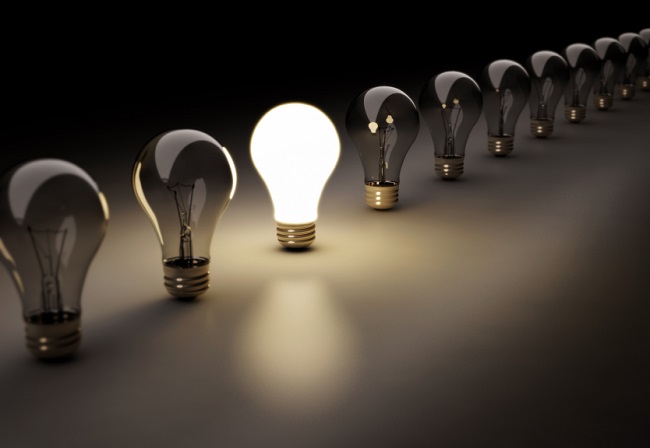 Good ideas for start-ups almost always have one thing in common: they are something that is initially only in the head of the founders and that only they are able to achieve, because they see the future perfectly.Microsoft, Apple, Yahoo, Google and Facebook have begun in just this way.

Going through three stories examples of companies born from nothing and which soon came to success, you can see all the ingredients that led to a simple idea to become a large company.

Three friends, Adam Balon, Jon Wright and Richard Reed were full of dreams and good intentions after finishing the ‘University of Cambridge. Two of them became business consultants, while one came in the advertising industry in London. All of them had good salaries and a comfortable life.

But they had the uncomfortable feeling that life could offer so much more. In 1998, during a ski vacation the three friends, talking about new business ideas, they realized that in the beverage market there was a gap: a new type of product smoothie made ​​from natural ingredients.

After six months of experiments at home to mix different combinations of fruit, the trio prepared a stall at a music festival to try to sell bottles of fruit smoothie.

If the idea was good they would have decided consumers. They prepared a sign saying “we must abandon our work to sell these smoothies?” And below two bins where to throw the empty bottles, one indicating “yes” and the other showing the “no”. Customers filled with empty bottles bin “you”.

The second year sales of the drinks, which they called Innocent, more than one million dollars, and today the company sells about two million smoothies a week, with a market share of 75% in the UK.

James McCann, before becoming an entrepreneur, he had a rather anonymous career as a bartender and then as a social worker.

Even when he opened his first flower shop in 1976, the business did not go at full speed. But things began to change when she decided to buy a phone number easy to remember, inserting it in the name of his shop: 1-800-FLOWERS.

The move, very unusual for that time, allowed the activity to take off and be able to take orders of flowers directly by consumers all over the United States.

Today the company, based in New York, has become a leader in its field and, in addition to being listed on the American Stock Exchange, employs approximately 4,000 people.

Joe Gebbia and Brian Chesky shared a loft in San Francisco in 2007, when they realized that when held in the city of trade fairs or other major events, it became virtually impossible to find a place to sleep.

To make some money with which to pay the rent, they decided to make it possible for foreigners to stay in their home, putting two mattresses on the floor and offering a homemade breakfast.

From here to create a website to provide accommodation, even spartan, all foreigners arriving in the city in search of an accommodation for a few nights, the step was short. The site collected the availability of accommodation, offering on-line to all customers and was able to manage any type of housing, penthouses boats, from private islands to simply place on a couch to sleep one night.

To date, Airbnb has accommodations to sleep in 33,000 cities in 192 countries and its value amounts to about $ 1.3 billion.

Chesky said during an interview: “Sometimes it takes a fresh pair of eyes to look at a problem and to view it as an opportunity. It is in this manner you can see things not as they are but as they should be.”

About Jack Hudson 43 Articles
Hi, I am Jack Hudson; I am an entrepreneur, father, mentor and adventurer passionate about life. At this moment, I am working with depression and anxiety; here is my blogs how to recover from anxiety and how to fight with anxiety. I hope everyone will like my blogs.