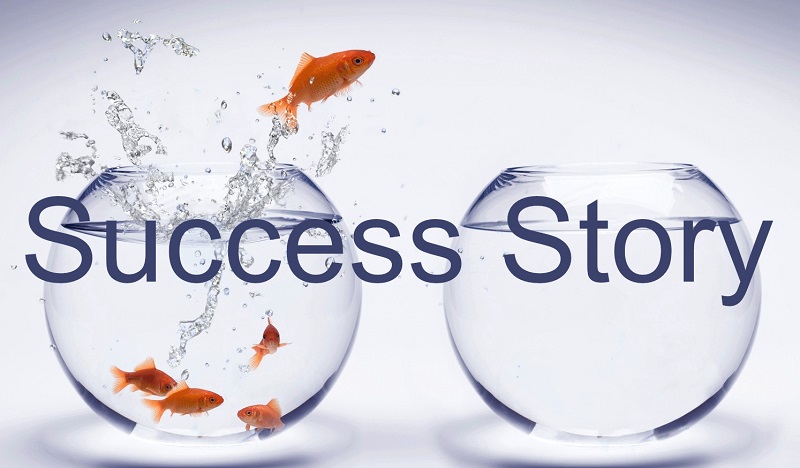 How many times have you heard that let to success is not easy? How often did you fall, but had to get up again and force yourself to try again, with more effort? To date, most of you probably already failed in a particular case. It does not matter whether you fought for a career or for a happy personal life; you somehow encountered obstacles that seemed insurmountable at that time.

Many of the world-famous people also suffered setbacks, perhaps even more than once, but this did not stop them on their way to success.

Thomas Edison was told that he was too stupid to learn anything. It seems incredible, given that this man has managed to become the greatest pioneer inventor of all time. It is Edison who owns such inventions as photography, a video camera and an electric bulb. All this we have now in our daily life.

Before Steve Jobs achieved great success with Apple, he was kicked out because he invested in the wrong product at that time. Lisa’s personal computer, developed by Apple, was sold only in 100,000 copies, and this was a huge loss for the company. Despite this, Jobs was focused on success and created the company NeXT, which was later sold to Apple when he returned there already as a CEO and led the company to its cloudless future.

What if I told you that JK Rowling was living on benefits when she started working on Harry Potter? Yes it’s true. I do not think she knew that she would earn millions and become such a successful writer. She probably did not even realize how talented she was until the books about Harry Potter started selling like hot cakes.

Did you know that the editor of the newspaper for not being creative enough fired Walt Disney? It is ironic that the man who created the world of Disney was once told that his imagination is not developed enough and there are no good ideas. In addition, he created an animation studio that went bankrupt after a few years, but that did not stop him, and he continued to work on cartoons that later became known around the world.

The famous actor and producer, Bollywood star, Amitabh Bachchan also faced bankruptcy of his producer center. However, he collected his will into a fist and continued to work in the Indian analogue of the program “Who Wants to Be a Millionaire?”, This eventually led him to the long-awaited success.

You may also like to read: Elon Musk: “20 Rules Of Success For The Entrepreneur And Inventor”

The founder of the brand GoPro (production of action cameras) knows well what bad luck is. Before achieving fame with popular GoPro cameras, he tortured his fortune with two startups – EmpowerAll and FunBug. Both Internet projects were eventually closed due to insufficient profitability.

The co-founder of Microsoft, the world’s largest software company, Bill Gates has failed many times. His first company, Traf-O-Data, introduced the device to the world, which could read the data of road meters and process them, but the program did not work at the first demo launch. Despite the fact that this was a huge failure, Traf-O-Data 8008 became the basis for the first Microsoft product, which was released several years later.

The founder of the Virgin Group, Richard Branson did not become a successful businessman from the first attempt. The problems with mathematics and reading, the fact that he was kicked out of school, and the fact that he was dyslexic, does not prevent him from managing 400 companies that include the corporation Virgin.

Oprah was also told that she would not be successful in her chosen career. TV producer Baltimore WJZ-TV said that Oprah was unsuitable as the leading news on TV and that she only pretends to play a role in some daytime TV show. Despite the fact that the future star was emotionally beaten, she began to work as the leading talk show “People Are Talking”, and then she became the host of her own famous show.

Steven Spielberg in the past several times could not enter the School of Cinematic Art at the University of Southern California. But this did not stop him from becoming one of the most influential film-makers in the history of cinema. “Jaws”, “Alien” and “Jurassic Park” with his box-office collections made him a billionaire.

Failures in many cases are inevitable; they show us that you cannot succeed, without ever making a mistake. On the way to cherished happiness, you will repeatedly fall, but at the same time, you can learn from your mistakes and become stronger than they were at the source. It is important not to deviate from your goals and never give up, as did the above-mentioned people, whom we all now know.