15 new technologies that are essential in your business 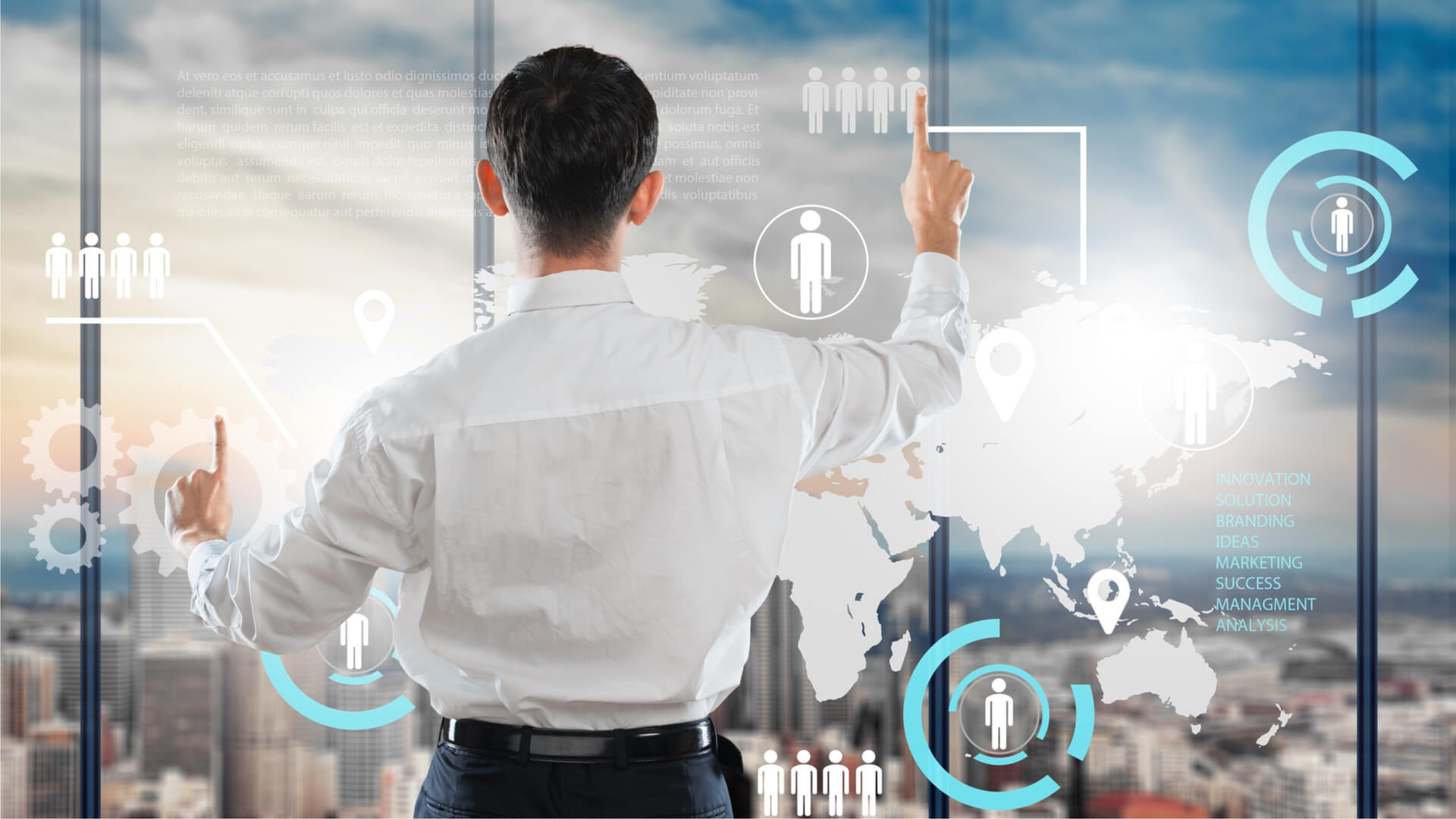 Start a business is more than anything to take the first step, but maintain it is even more difficult, especially with all the new technology that is in our present and on which we depend for our business to succeed or not. So the question is: what technology should I implement in it?

Nowadays, being an entrepreneur has a lot to do with new technologies, since they accompany entrepreneurs in the daily development of their activity.

Every year innovations break out, which cause companies to have to make a radical change in their production processes. It is what is known as disruptive technology.

This year has witnessed how this type of technologies, such as natural language processing, artificial vision and artificial intelligence, have been developed in such a way that they have become fundamental tools that should be present in any company.

The company will be able to see how the aforementioned technologies, and also many others that are appearing throughout the year, will boost the way of doing business, as well as the new products that are launched on the market in the very near future.

For all those interested in founding their own business, next, some of the latest technologies that can be used to make their work easier will be exposed.

These, according to experts, will also affect multiple organizations that are making their transition to the digital era. 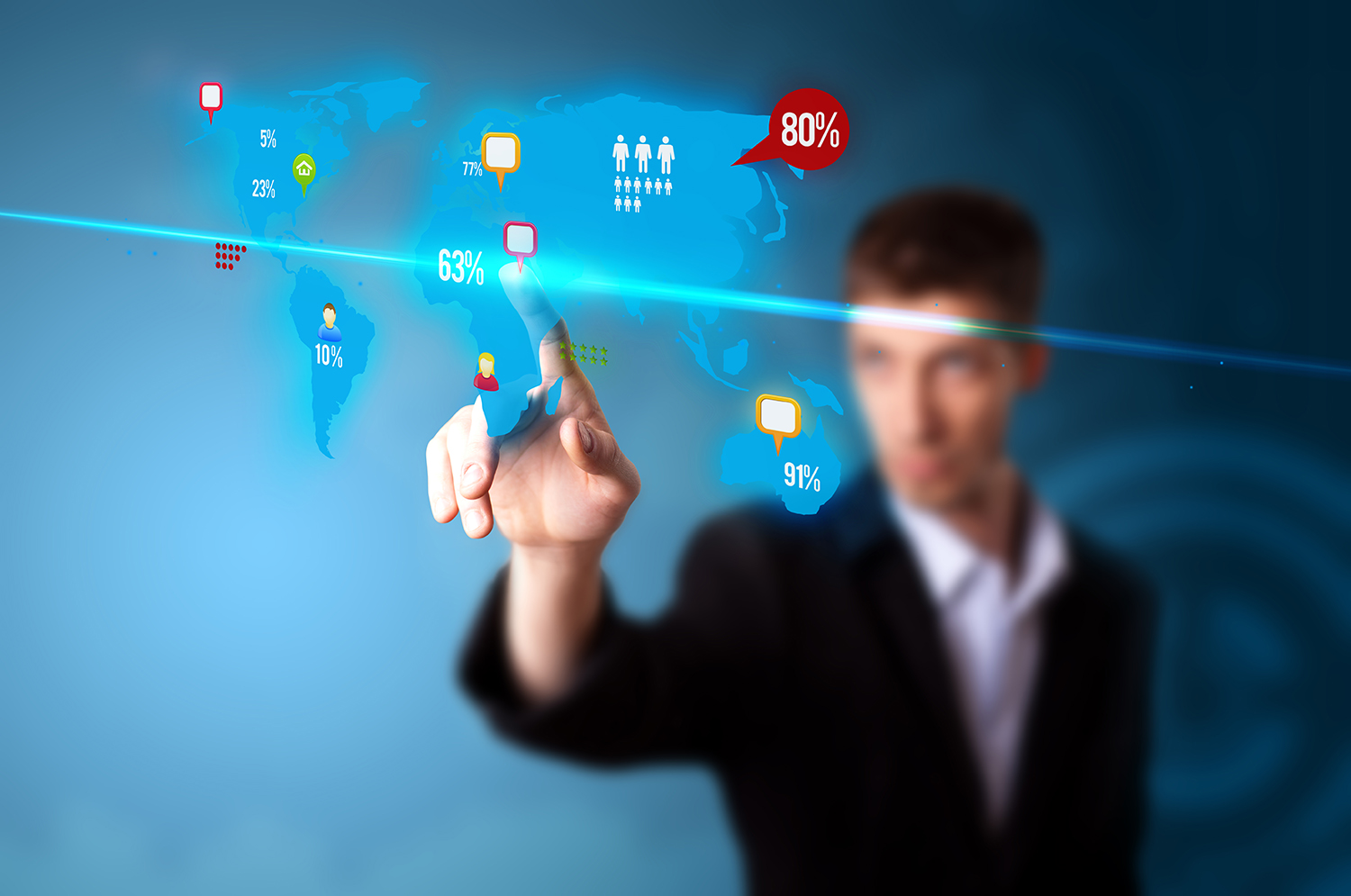 15 new technologies that you cannot do without in your business

The companies Amazon, JPMorgan Chase and Berkshire Hathaway announced some time ago their intention to jointly create a company, which through the use of technology offers both their families and their employers simplified, transparent and high quality medical care at a reasonable price.

Many followers of the industry saw how the actions of the medical insurances fell, at the same time as they verified how the new technologies could effect of positive way in the medical attention. And is that they are achieving great progress in preventive care.

Moreover, the ABI organization predicts that this year many companies will install remote monitoring of patients, which would involve the incorporation of eighteen million devices in corporate welfare programs.

2. The development of interactive video technologies

It is an interactive and agile method in which teams need to be face to face, or at least have the necessary technologies to replicate certain types of intimate situations as well as possible, such as, for example, the delivery of Projects.

The development of video technology will provide new features that will simulate and improve face-to-face communication, especially when companies strive to fill the skills gap with teams.

Among these features, virtual reality stands out.

The customer service area is rapidly moving towards its digital transformation. Some experts even predict that by the year 2020 the user will have more conversations with bots than with his own partner.

In addition, they also ensure that in just one year the “chatsbots” will have developed so much that they will even understand the tone, the most valuable conversation routes and the content of it in order to achieve its multiple objectives.

The advantage of artificial intelligence is that it has the ability to eliminate, or at least transform, routine work, thus allowing to focus on other tasks that require the human factor to a greater extent.

It is not that they substitute humans, but that they make their work more bearable, so that they can put all their effort into other matters related to the business.

On the other hand, artificial intelligence gives the possibility of programming bots that are dedicated to serving customers.

This method is increasingly used by businesses, as they can pass through a kind of first filter user comments, and can help them more quickly and accurately.

However, one also notices what all this supposes. Artificial intelligence will be able to learn those words that can influence the attitude and actions of users.

This possibly provokes mass actions through a technology that can turn this subtle commitment into manipulation.

4. The Internet of things

Most companies have already thought about how to integrate Internet of Things into their processes. Not only online companies, but also those of a lifetime, want to apply new technologies like this.

An example of this is the food industry, which uses sensors to know the time and the way in which the fields should be irrigated, automate the packaging and logistics processes.

CompTIA has published in a report the enormous help that IoT devices are providing in terms of reducing costs and improving efficiency in industrial environments, thanks to which companies are obtaining many benefits.

By increasing the use of IoT in factories, large reductions in downtime are achieved, as well as in energy consumption and process waste.

However, this increase also means the appearance of new security threats, so companies must work together with IT groups to identify the risks and adopt a protection method that helps to reduce or eliminate them.

Carrying the paperwork issues of the business does not have to be the task of the entrepreneur himself, who probably does not have much idea about these matters.

So these can count on the help of an online counseling, with which to communicate through the Internet whenever necessary.

These companies also rely on technology, as they work with online accounting programs. Information on this type of advice can be found in sites such as GesTron where they delve more about these issues.

This is the basis of cryptoeconomics, and constitutes the greatest advance in terms of cybersecurity within the scope of companies.

It is not only a practically infallible way of drawing the line followed by a transaction (in the case that the currencies are not cryptocurrencies), but it is valid in many other processes.

Quoting some of them, the Blockchain can be used in the area of Human Resources, especially when selecting personnel, identifying candidates through the analysis of their different professional profiles.

This allows subjective criteria to be left aside in the selection processes, since contracting times decrease more than considerably.

It has a special relationship with the previous point, and is increasingly present. The fact that the Bitcoinand other criptomonedas are rising has enabled can now pay virtually any product or service.

It is not possible to know what will happen with cryptoeconomics in the future, but experts agree that it will be booming in the near future.

Although it is still too early to get the most out of voice-activated assistants, the truth is that they are already present in many companies.

9. The increase of immersive experiences

Until only a decade ago, immersive technology only appeared in futuristic films, and nowadays it has become a reality, and can even be used.

This type of technology can provide multiple benefits to businesses, so many are making a transition to digitalization to meet the expectations of their customers.

Gradually the pilot projects will evolve to become sustainable business models, so in 2020 this change will be very notable.

Thanks to the development of 3D printers, many companies can get prototypes and parts on the fly. Such is its popularity that by the year 2026 the creation of printed products in 3D and pieces in the United States with a value of twenty million dollars is expected.

This technology is used by companies to track customer trips.

However, at present it is being given other uses, moving in this way from the online market to physical stores.

Numerous applications are being achieved thanks to advances in vision and artificial intelligence, as well as in the proliferation of economic and available sensors.

For quite some time, many companies have followed consumer purchasing habits, and today they continue to do so in order to obtain data that makes them stand out in such a competitive market.

Many organizations need to develop applications quickly, especially those that use the Internet of things and the cloud.

Therefore, micro services and containers attract more and more the interest of them, whose growth will increase as these companies feel more comfortable with their administration.

13. The resurgence of infrared

This technology has been used for many years, but it seems that it has resurfaced again due to the multiple possibilities that the development in the computational power of the processors that the current devices have, such as the Microsoft Kinect and the Face. ID of iPhone X.

It is the opposite technology to augmented reality. Despite being quite unknown, the truth is that it can be very useful, since it is able to eliminate parts of reality to leave only the essential.

The individual can go from virtually visiting a city where there is nobody to completely eliminate the mess and noise of their job.

15. The hologram. From Star Wars to real life

For many years, the creators of Star Wars already sensed that this technology was going to be present in the not too distant future.

The hologram is a new form of interaction with both people and objects. Thanks to its double beam of light, you can get images in three dimensions in a real environment and without using any device.

Undoubtedly, holographic technology opens up a world of possibilities capable of revolutionizing online shopping and marketing.