If you are any good at languages, you could score yourself a free drink – from a fridge that can speak in 40 different tongues.

Thinking Box and Google came up with a cool publicity stunt by teaming up and creating the Molson Global Beer Fridge, aimed at highlighting Canada’s diverse nature – and the popularity of its beer, of course.

Unlike standard glass or solid door refrigeration units, this fridge does not give up its contents to the person who simply manages to get inside; instead, users must show off some cool language skills to get their drink.

Anyone can open a solid door fridge from companies such as https://www.fridgefreezerdirect.co.uk/solid-door-refrigeration, but not everyone will be refreshed after trying out the new Molson fridge, which uses real-time translation created by Google to serve up its drinks.

The fridge will only open when it has detected people saying the Molson classic slogan ‘I am Canadian’ in six out of 40 languages. The choices include French, Hindi, English, Korean and Mandarin.

The original idea of the fridge was to give a nod to Canada’s cultural diversity and to the country’s 150th birthday on 1 July, which is known as Canada Day.

The publicity stunt surrounding a Molson Coors Brewing Co red beer fridge was not a new idea, with an earlier European stunt involving a fridge that would only open when a Canadian passport was scanned. 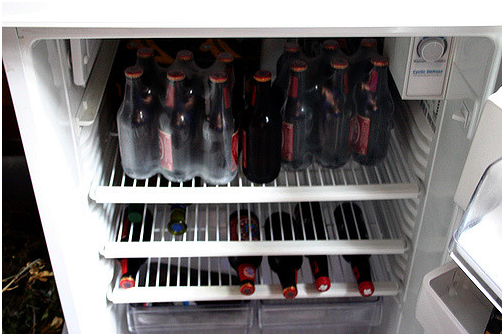 The Global Beer Fridge was part of a two-year campaign aimed at drawing a crowd and raising the profile of the Molson brand. The company released a video online showcasing the fridge, with the footage also featuring in a TV commercial.

The firm hoped that visitors to the Pan Am Games, where the fridge was located, would take photos and videos of themselves with it and share them on social media. Molson was a sponsor of the games when the fridge made its debut appearance in 2015.

Molson attributed a slight increase in market share to the success of its beer fridge campaigns, especially as it contrasted with the performance of the rest of the standard beer segment – between craft beers and value beers – that saw sales go down by just over three per cent in 2014.