5 of the World’s Most Sinister Medical Devices 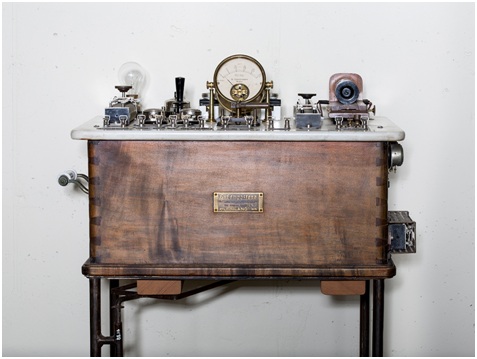 Throughout history there has been a few rather sinister medical devices that were created that probably wouldn’t pass the FDA’s approval nowadays. In modern times, a medical device must partake in a clinical trial whereby Clinical-Project-Management experts from clinical solution providers like G and L Scientific are required to ensure the safety and effectiveness of new devices. in the past however, things weren’t always so carefully researched. In fact, there have been cases in which horrific medical devices and instruments were used that would simply give you nightmares if you were to see them sitting on a tray in a surgical unit today. So here they are, 5 of the world’s most sinister medical devices:

Reading the title alone is enough to make you question the safety of this device. It was created in 1874 and used to treat smallpox. The process was a painful one and required the four blades to be injected into someone infected with smallpox, before transferring the lever into a child’s arm. This was thought to vaccinate against the disease.

Mercury syringes were often used in the 1500’s to treat people suffering from syphilis. According to Mental Floss, one of these mercury syringes were discovered on a sunken shop called the Mary Rose. It was used to treat the sailors on board and you can only imagine where the injection had to be given on the body – ouch!

This “medical device”, was originally used in 1830 as a chainsaw but then went on to be used to penetrate a patient’s skull and to enter the human bone without damaging nearby tissue. It was also used during dental surgeries and for amputating limbs.

The ecraseur was used to remove growths such as tumours and cysts in places of the human body like the ovaries or larynx. According to List verse, the loop at the end of the instrument was great at “preventing haemorrhage by restricting blood supply like a tourniquet”. These types of instruments were also used in veterinary medicine for animal use.

To stop patients from wandering around or moving in general, the Utica crib was invented. It consisted of restraints around the bed to limit a patient’s movement. It was often lined with straw, indicating that patients were left to urinate and so on, in the bed where they were kept restrained.