How Drupal can protect your business

Open-source applications such as Drupal were once considered to be of interest to hobbyists only rather than those looking for a credible stack that would suit a large scale, enterprise-wide deployment. Brands who were looking to consolidate their web presence onto a centralised platform looked to big, proprietary content management systems which promised security and scalability, but which came with equally big overheads and licensing costs. These days have gone. 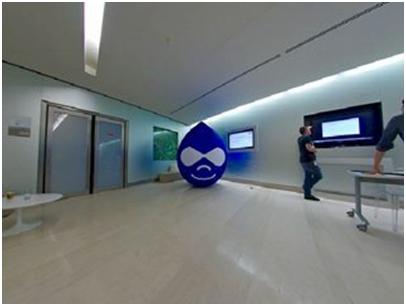 Where is Drupal used?

Things have changed to such an extent that Drupal 8, an open-source content management application, has been used for more than one million websites and Drupal is the content management system used by almost ten percent of the 10,000 most popular websites. Drupal has thrown off its hobbyist associations and is now the system of choice across every sector you can think of, including education, government, financial service, life sciences and FMCG.

So what is behind this Cinderella story? One key factor that has sent Drupal’s popularity soaring and caused big business to come calling is the way it approaches security.

Drupal 8 uses core code frameworks which are reviewed, updated and openly shared by a large community of developers. This framework, known as Drupal Core, underlies every Drupal site and it can be extended using different modules and themes. It is employed by agencies who build sophisticated branded web experiences.

The fact that this code is publicly accessible would have made CTO’s nervous in the past – surely this open access could be exploited in ways that only proprietary code could resist? The opposite is now the case and it is this very openness that has become Drupal’s biggest strength.

The Drupal Security Team consists of thirty-four volunteers from all around the world, who can call on the skills of literally thousands of people in the huge Drupal development community. This means they can identify and resolve any issues with speed and agility.

If you need more information on how Drupal can protect your business, you can talk to a Drupal design agency, such as https://www.website-express.co.uk/service/drupal-design-development-agency, or there is a lot of material available online, for example https://www.drupal.org/about.

Drupal 8 not only offers security and agility but can deliver productivity improvements which proprietary code cannot rival and supports multi-site platforms, multilingual sites and content API’s.