How the creator of Amazon, Jeff Bezos, became the third richest person in the world 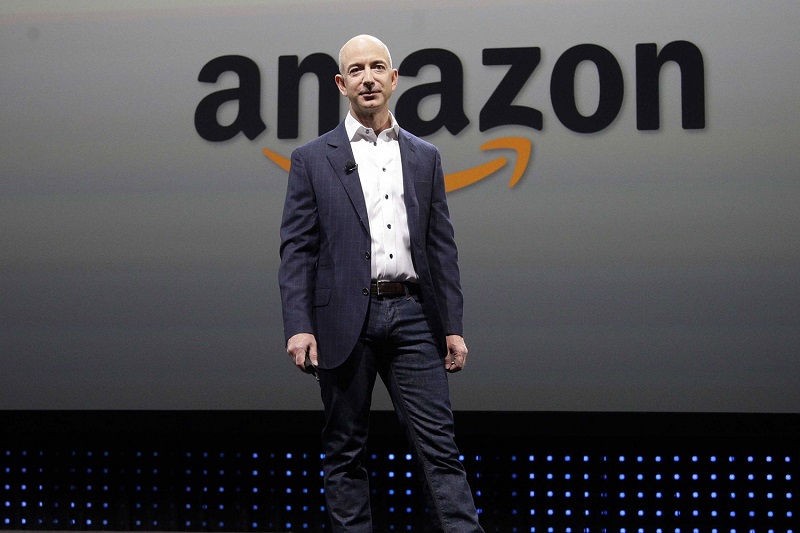 The founder and CEO of Amazon unseated Warren buffet in the list of people with more fortune in the world. A rebound in shares and profits of e-commerce giant has left a personal wealth of more than US $ 65.00 million.

An amazing rebound in earnings and shareholder value have made Amazon founder Jeff Bezos, the third richest person in the world, according to Forbes magazine specializing in business.

The publication, which annually publishes a list of the richest in the world, estimated the net worth of US $ 65,300 Bezos million. Much of the wealth of the entrepreneur is linked to Amazon, where he owns 18% of the shares.

His rise in the ranking of the most millionaires in the world is thanks to Amazon’s earnings in recent months have exceeded all expectations of economic analysts. Amazon had revenues of more than US $ 30,400 million in the second quarter, a dramatic increase of 31% over the same period last year.

Proceeds from e-commerce giant climbed to US $ 857 million in the second quarter, compared to US $92 million in 2015.

According to Forbes, Fortune Bezos is only surpassed by Microsoft founder Bill Gates, who has an estimated US $ 78.000 million in equity, and the founder of Zara Amancio Ortega, who adds US $ 73,100 million.

Until his luck changed last year, the company founded by Bezos in Seattle as a company selling books online, was known for almost not advertise their profits. However, since then it has not stopped growing.

For example, since February this year , shares have risen 50% , thanks to services like Prime, which offer additional benefits to their customers, such as unlimited free shipping for an annual payment.

This service has been a spectacular international growth. Amazon announced in June the expansion of this service in India, where he hopes to benefit from a vast consumer market.

The company also improved its Prime service with a better video service, an area with which competes with Netflix.

Prime Day, an event global and exclusive shopping for Amazon Prime customers held on July 12, was the biggest sales day in the history of the company.

Although Amazon does not disclose data on its service, the company investment analysis Consumer Intelligence Research Partners estimates the revenue generated by this provision in about 63 million. The members of Prime spend an average of US $ 1,200 per year, compared to US $ 500 non-members.

You may also like to read another article on Heygom: The 7 habits of entrepreneurs million

Sales in this area increased 10% in North America and 8% in the rest of the world.

It has also tried to expand its presence in other sectors and has launched an online store selling food in the UK.

Earlier this month, also it announced an agreement with the bank Wells Fargo, US, to offer discounts on student loans to customers of their services Prime.