Psychology and Business: How bias can undermine your company? 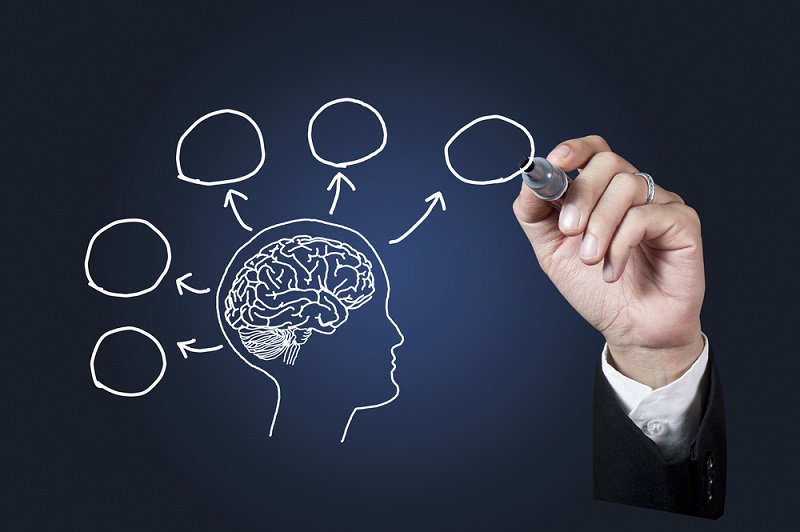 Bias is prejudice, which manifests itself in a deliberately negative attitude toward something or someone. Bias is peculiar to all people without exception. But one thing, when bias is realized – and then you can consciously confront it; and quite another – when you allow it to take over the logic and reason. In this case, bias can significantly undermine your business and personal life. Let’s try to understand the nature of bias and ways to deal with it …

We take hundreds of big and small decisions a day. For some of our solutions, there is enough automatic mode. Others require a deliberate and thoughtful analysis, and we spend hours comparing facts and analyzing information in search of an objective and unbiased solution.

The use of objective solutions is understandable, especially when it comes to work and business, but in reality, it is much more difficult to achieve your favorite objectivity than it seems at first glance. It’s not a lack of experience or brains, it’s often a matter of our bias, which distorts the objective reality, interferes with the career and, often remaining unnoticed, does not allow the business to grow.

Bias is your uncontrollable desire to make decisions, make judgments of judgment, and, more importantly, actions based on irrational grounds.

Scientists have long (more precisely, in the early 1970s) proved that instead of drawing conclusions and acting based on facts and objective data, people tend to make decisions based on logical errors that lead to distorted judgment about the surrounding world, that is, biased. Our bias affects everything: on relationships, business and the world.

By the least resistance

Our brain is a very powerful tool, it performs several operations per second and takes hundreds of decisions every day: from what to eat to dinner, to when your product should enter a new market.

But, despite all its power, the human brain is a rather lazy organ. And this means that if you need to make a decision, he will try to strain as little as possible and will seek the shortest path in the hope of saving time and energy, relying on the already “loaded” information in memory and not particularly understanding how this information relevant and correct.

By the way, as a rule, we do not even realize how this happens. The MRI test showed that the very need to make decisions automatically activates the area of the brain responsible for the unconscious processes: in particular, we are talking about the site responsible for what we should be afraid of. That is, at a deep unconscious level, the need for decision-making is perceived by us as a threat, and to protect against it our brain creates “bias” – ready-made templates for an answer.

When you come across something that does not fit your idea of the nature of things, your brain automatically involves bias. There are two ways of forming judgments and making decisions …

The first way is thinking, which relies on existing models, not on new information and experience. With its help in our mind, bias and patterns are formed. This system works so quickly that the second – a conscious way of making decisions – often there is simply no chance. And even if you intentionally focus on the second method, the first way and the preconceived attitude created by it will still influence the process of making the final decision.

You may also like to read: Leadership and team building: The top 10 quotes of the great

Let’s say you spent a lot of time and effort to achieve success in work, education and relationships, and you did it. And, of course, you want to enjoy and enjoy the results of your efforts in all their manifestations.

But, if you have spent exactly the same amount of time and energy and failed, your first reaction will be to abstract from your doubtful achievements and try to forget them as a terrible dream.

If something good happened – who’s done? Of course, you! If something has gone wrong, then all the blame is external factors, and you have nothing to do with it

Let’s remember the exam at the university. If you got a high score – this is the result of your efforts and talent, if you fail the test – then the whole thing is in the teacher’s bad attitude.

In work and business, this kind of bias can prevent you from adequately reacting to constructive criticism. If instead of using negative feedback to improve the product, you constantly “turn on protection,” then you can never adjust the course or improve the product, which means that sooner or later your place will be taken by someone who is able to make an effort and see the truth in himself eyes.

Modern society is obsessed with success. Mass culture deifies “winners”, labeling the labels of “innovators”, “pioneers” and “opinion leaders” to the right and to the left. These “super-people” get up at 4 am, fulfill the TRP triathlon standards, invest millions and get billions, never get tired and bathe endlessly in the rays of glory and envy. And what about losers or ordinary people who make mistakes every now and then do not run marathons?

When failures become invisible, you begin to pay attention only to success. For example, do you remember the silver medalist in your favorite sport at the last Olympics? And bronze?

If you focus solely on success, then you may start to think that the chance of failure simply does not exist. You cannot allow such a development of events, which means you can realize the full value of information and experience of failures. Meanwhile, failures give us many useful lessons and help us understand how to move towards success in the future.

It is very difficult for us to get rid of the habit of trusting in the first place the information that confirms our idea of the subject. At the same time, we easily ignore the opinions contradicting our own, even if they are supported by facts.

The bias of this species is the most common in the business environment and without it the solution of daily work issues is rarely necessary.

For example, you are studying a large-scale market research, in order to understand in what area the company should invest next year. Even before you sit down for the experts’ report, you were sure that fitness should become such a field. But the results of the study indicate the opposite. And instead of accepting this information and reconsidering your view of things, you begin to look for errors in the report, look for other sources, other data, or, if the means permit, start your own research. This will take more time and effort, besides; the market will not change from your efforts. But you need to prove at all costs to yourself that your valuation is correct and will benefit the company.

Even the legendary Warren Buffett is actively fighting with self-confidence, seeking and searching for information that contradicts his views on the market. Moreover, he invites highly qualified and far from always agreeable experts, so that they share with him their opinion on the investment strategy.

This is the tendency to rely on some kind of a piece of information (usually the first thing you heard) in the decision-making process.

For example, when you negotiate the amount of the salary or the amount of the transaction, the first offer is so firmly entrenched in the minds of your partner, potential employee or employer that it is very difficult to move it to the greater (or lesser side).

V. The opinion of the majority

This happens when you try to adjust your own opinion to the opinion of others only because “millions of flies cannot be mistaken.” If such an approach is practiced entirely, a phenomenon of so-called “group thinking” arises, when all members of the community follow the “general line” of the leader.

A lot of meetings and planners are unproductive and mediocre only because the members of the team feel extremely uncomfortable only from the thought that now it should be aloud with the opinion of colleagues or management.

If all members of your team are of one mind, fixing a situation is even more difficult than when no one agrees with anyone. Excuses like “Well, we always did it” – a sure sign that the team or the company as a whole ceased to evolve.

Being entrenched, the tendency to think “like everything” leads to a complete stagnation of any processes that require creative approach and innovation.

If you had to perform the functions of a product manager, then you probably faced this problem. In this case, we are talking about the fact that even experienced and fully qualified specialists tend to underestimate the time that will take on the fulfillment of a task. From there, in particular, the legs of eternally torn deadlines grow.

The problem is further aggravated by the fact that instead of accepting our own “jamb”, we are more likely to find “excuses” in external factors such as the delayed launch date of the project or the seasonal flu epidemic that undermined the IT department at the most crucial moment.

Meanwhile, this problem occurs again and again, and all because, while scaling the project and the number of tasks included in it, we are working with some hypothetical situation. We are laying down time to solve each of the tasks, underestimating the amount of time that will be required both to actually finish them, and unforeseen circumstances that always occur, but for some reason people tend to believe that this time the circumstances will necessarily add up in the most favorable manner. Where is the logic here?

By the way, problems with the sense of time also occur in “business style icons”. For example, Elon Musk, an international champion for unrealistic deadlines, who sins simply cannot be executed. However, he recognizes this problem and even somehow mentioned that he hopes to solve it.

Read up to the last point and could not find yourself? Most likely, it is because of the kind of bias that makes us blind to our own bias.

Psychologists from Princeton University conducted a funny study, asking several hundred ordinary Americans to compare their own bias (as they see it) to the level of bias of the “Average American” (as they imagine it). As a result, it turned out that 85% of respondents were firmly convinced that they are much less biased than the average American. Moreover, almost all respondents perfectly recognized examples of bias in the opinions and actions of others, but not in their own.

What we can do?

We are all biased by nature, and the easiest way is to accept this as a medical fact. The propensity to irrational decisions and actions on the basis of doubtful information and experience is the same part of our consciousness as memory, and cannot be removed from the “hard disk”.

But with the negative impact of bias on life, relationships and business can be fought. Man is an intelligent animal. Mind presupposes a tendency to reflect. Add to the reflection a bit of honesty, and you will understand where you act on the basis of common sense, and where you ignore the facts to please the idea of your grandmother’s beautiful hundred years ago.

And do not forget to work in this direction with your team, if any. Provide your people with a choice of solutions, make them think, but do not press authority too much. A herd of sheep is not the force that drives success.

More reviews on this blog http://netdigedu.com/