Review of the Movavi Photo Editor 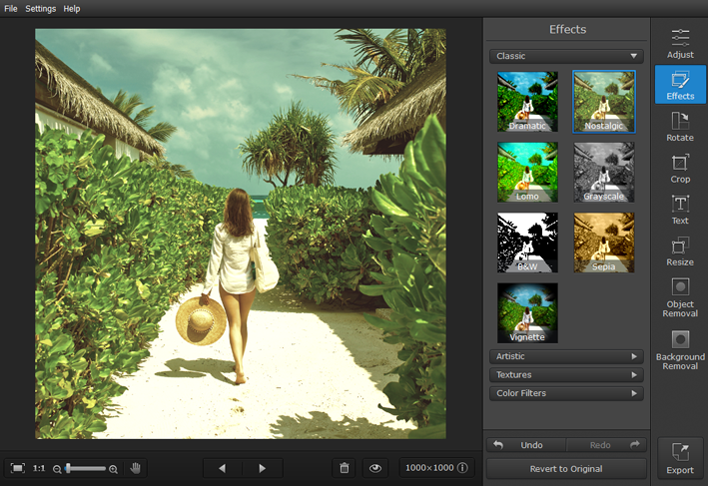 While many people are interested in editing photos, few actually end up doing so. The reason for that tends to be the same in most cases: It often appears too complicated, and will require too much time.

Assuming you feel that you’re in that same boat, Movavi Photo Editor should be able to make a difference. Unlike conventional photo editors, it is dramatically easier to use and only takes a small time investment to start using it and to edit photo.

Learn How to Edit Photos in Minutes

Even if you’re inexperience and have never tried editing photos in the past, Movavi Photo Editor will let you do so practically as soon as you start to use it. Due to its intuitive user interface and easy to use features, you will be able to locate and apply the tools required without any issues.

In some cases you may be able to rely on the automated features in Movavi Photo Editor to get the job done. However even the non-automated features aren’t much more complicated and involve basic actions such as moving sliders, resizing windows, and so on.

Decide On the Scope of the Alterations

When you use Movavi Photo Editor, you’ll have access to numerous powerful features and can decide whether you want to just perform a few small tweaks, or even completely transform its visual appearance. Some of the ways in which you could edit your photo include:

In short, depending on how you want your photo to look when you’re done editing it – you can simply pick the feature (or features) that you need. It may help to experiment a bit with Movavi Photo Editor and try combining its features in new ways – each time you do, you’ll be able to figure out exciting methods of creating some interesting effects that could be used the next time you edit your photos.