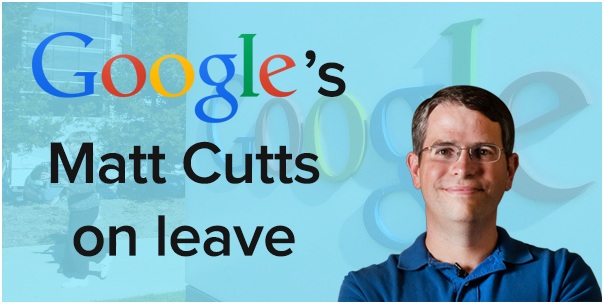 Matt Cutts has been on leave from Google for almost a year now, and the company has finally taken the decision to appoint a new head of webspam. Cutts was the face of Google for a long time, at least when it came to all things ranking, and while he has not been formally working for the company over the last several months, the move to ‘replace’ him is something that will sadden many online marketers.

Cutts announced his decision to go on leave in June 2014.

The face of SEO

Cutts worked with Google for almost 15 years before he decided to take time off to spend more time with his family. He had originally planned to just spend four or five years with Google, so his break was long overdue. During the time he worked for the company he became the go-to person for enquiries, and was the person that broke down what little information Google would publish about algorithm updates and presented it in a way that webmasters found useful.

Now that Cutts has been away for almost a full year, Google has finally made the decision to fill the void he left, appointing a new anonymous employee to take on the technical – if not the public, role that Cutts once fulfilled.

Whether the new employee will be well received remains to be seen. Cutts was accessible, friendly and professional and would help anyone who took the time to communicate with him via his blog or the Webmaster Help site. It did not matter whether you were a company doing web design, or a multinational, he would offer insights into ranking issues and advice to help the company improve its rankings.  Technical bugs in the website will equally play a role in rankings and the help of expert software testing services from agencies like https://www.bugfinders.com/  can only be a good thing if you want the new website you have had built to do the best it can in the search engines.

Having someone new take the help of the webspam team is something that view with scepticism, but it will be interesting to see how the change works out.

The decision to remain anonymous is something which protects the new leader from being made a scape-goat for every update and the inevitable backlash from webmasters whose rankings fall. However, it also means that there is no-one to ask questions to directly, and SEO has become a more stressful endeavour. Dealing with different Google employees for every question and seeing a new face in Google Hangouts every few weeks will take some getting used to, and in the minds of some is a sign that Google is moving away from the ‘don’t be evil’ ethos.

Transparency is something that Google has never been good at, but webmasters and online marketers could always depend on Cutts to listen and feed back on whatever he could. This new appointment makes it look like Cutts could be out of the picture for a long, long time, and means that we need to get used to the new way of doing things at the Google headquarters.