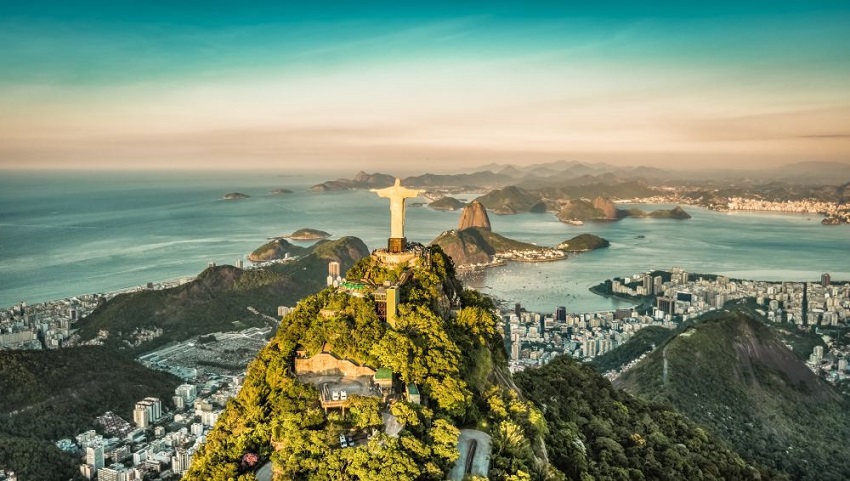 The business world is an international one, and investors, entrepreneurs and corporations are always on the lookout for new markets they can potentially expand into. The definition of an emerging market is a developing country of middle income that is transitioning to become a developed one. Frontier markets are developing countries that are considered too small or too risky to be considered as emerging markets and so were given a category of their own in the early 1990s.

In 2019, emerging and frontier markets provide 55% of global GDP at purchasing power parity. Developed markets account for 37%, while 28% of GDP comes from countries not considered to have any worthwhile equity market. The figures suggest that emerging and frontier markets have virtually doubled their share of the world’s economic output over the past 40 years, while the contributions of developing countries has decreased in importance to a corresponding degree.

In some cases investing in emerging markets is only available to local investors. Generally these markets are less open to foreign investment than developed countries. China is still considered an emerging market, and accounts for over 30% of the sector’s value. Korea, Taiwan, India and Brazil complete the list of the top five emerging markets.

A slightly different picture is painted by the latest Doing Business report from the World Bank, published at the end of 2018. The most favourable locations for business overall were listed as New Zealand, Singapore, Denmark, Hong Kong and South Korea. All have a political and economic climate that makes doing business easy and profitable, and they offer a significant number of benefits to entrepreneurs and investors from both inside and outside their respective countries.

Norway, the US and the UK also made the top 10, alongside a couple of surprise entries in the form of Georgia and Macedonia. The latter country recently reformed the process by which new building permits are granted, and so advanced up the rankings. A transparent and efficient regulatory framework, alongside mandatory construction inspections and legal protection of investors and creditors, are among the essential qualities the World Bank looked for when rating countries.

The United Arab Emirates (UAE) was just outside the top 10 this time around but may well have advanced further by the end of 2019. This was the first time the UAE was listed in the top 20 places for doing business, as a series of far-reaching reforms have made it much more attractive and viable to outside speculators. Although businessmen like Fahad Al Rajaan have long been successful in terms of investing in the Middle East, the region can seem forbidding to those from the West who do not fully appreciate the culture. Al Rajaan graduated from being director of social security in Kuwait to chairing the Ahli United Bank and the Wafra Investment Group in New York, as his knowledgeability, business contacts and skills helped him to advance in a changing Middle Eastern business climate.

Political turmoil can threaten international investments in emerging markets, but this is less of a risk in the global economy of the 21st century than it was in the Cold War era of the 20th century. Back then communist revolutions such as those in Russia and China, as well as less long-lasting upheavals in smaller nations, could wipe out investments overnight. That is less likely to happen today.

More concerning for investors is the risk of high inflation in markets like Brazil, where inflation never dropped below 20% between 1974 and 1995, and for six of those years was around 1000%. Yet such extreme inflation is usually cancelled out in the long term by exchange rate movement. The usual advice of maintaining a diverse and balanced portfolio remains the best protection against dramatic losses caused by outside factors.

As the governments of developing countries actively seek to encourage outside business investment, they are increasingly undertaking reforms to place them in line with the economies of the West, or even to make them more attractive than more developed markets. Tax concessions coupled with a reduction in red tape will help to attract businesses, but only in tandem with a regulatory framework that protects both the businesses and their investors, and that promotes transparency and fairness. Ease of obtaining permits and registering are all qualities to look for, as well as laws dealing with conflict of interest and insolvency proceedings.

The importance of emerging markets to today’s business world is indicative of a changing global order. Many of these countries and regions offer greater opportunities than can be found in the US or Europe, and this will continue to be the case in the years to come.