Why do market research for your business or product could be useless? 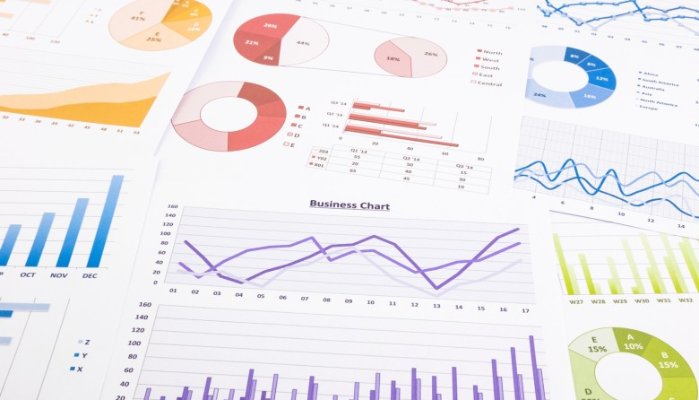 In the entrepreneurial world, concepts often arise business plan and market research. Both concepts could be used to raise finance for our business idea, but in practice, would be useless, if we consider the new corporate history and successful entrepreneurs who have other systems that have proven more effective.

And I’m not saying do not needs to do a market study or a business plan. I’m just saying there probably do a less traditional way.

When Steve Jobs said that “people do not know what you want until you show it,” he was right. I’m more, and people have no idea why buy some products but not others. The public can be manipulated at will, and therefore the study of traditional market, is not only useless, but irrational.

For the first time ever, in 1980, Coca-Cola was threatened by Pepsi, to the point that 57% of the market preferred Pepsi. These figures showed a loss of leadership of Coca-Cola, which was very nervous to Coca-Cola, and carried her to take the worst decisions.

Everything was due to excellent advertising campaign by Pepsi, called “The Pepsi Challenge”, where “blind tastings” were made, that is, was given to users both soft drinks in neutral packaging (unbranded), and they said they preferred drink. Pepsi Won!

Executives at Coca-Cola put all the machinery to work to stop the loss of market they were witnessing. If users they liked the taste of Pepsi, then Coke thought they must change the taste of Coca-Cola.

It was what led the company to develop the New Coke (Coca-Cola New) to stop the bleeding was witnessing. For the first time Coca-Cola had altered their secret formula to change their soda.

They did market testing and, indeed, the New Coke beat Pepsi. The market had given the green light to new soft drink Coca-Cola and Coca-Cola executives celebrated the victory.

This is clear that after market research, users had said they did not like the Coca-Cola lifetime and preferred Pepsi. But now they preferred the new Coca-Cola instead of Pepsi. All done!

But unfortunately for Coca-Cola, it was now when he was having problems. The company widespread discontent found its customers. There were protests throughout the United States, and Coca-Cola entered his first crisis. They quickly remove New Coke and return to its original Coca-Cola, Coke Classic renaming it.

Experts came to several conclusions from this episode that today is exemplified in business schools.

People do not know what is better or worse if you ask them to compare between two options.

At the time that alerts a person that will test two different products, in the case of a cola, it will seek the sweetness. And tasting a sip of Pepsi wins, but if the whole week going to take Pepsi, the more cloying flavor, and therefore people prefer Coke.

It was a good explanation, but unfortunately, as irrational as the market study of Coke and Pepsi.

That “official explanation” was canceled when it became the “triangle test”. This test is to prove people wrong, like companies when they go out to do a market study.

In the triangular test three containers, where two equal refreshments and a different one. Like if two containers the Coca-Cola and Pepsi one or two of one of Pepsi and Coca-Cola. Users now only need to find out what soda is different from the other two.

Result: If you cast lots, they would hit more, because rarely were able to find out.

In other words, the fact that takes Coca-Cola or Pepsi is not the taste, even if you think so. It is rather due to large amounts of capital invested in marketing campaigns.

How to upload coffee quality without changing at all the coffee?

Representatives of coffee often target a cafeteria and propose to the owner as proof of quality, changing during the morning coffee the old with the new, and as a customer tries the new coffee, you are asked if you thought better or worse than the old.

Before this test and coffee representative was present, it often happens that a large majority of people, regardless of the quality of coffee, say yes have noticed a distinct flavor, and probably the new coffee is better.

But one day, I made a different test a representative of coffee. What I did not change anything, and tell the patrons of the cafeteria: “We changed coffee, try it and tell me what you think of the new coffee”.

To everyone’s surprise, customers began to taste the coffee, and use words like “Yes, I see it as more body” or “is less acidic than the last, and has better texture.”

Body, texture, acidity…? They were analyzing the cafe, and they were fixing things that for years had not noticed, and now, thanks to the suggestion of a change, they were perceived differently coffee that had taken months or years. And worst of all, you were seeing something different was the same.

Therefore, it is true that if you ask people, you’re lost. As Henry Ford said, “if I had asked my customers what they wanted, they would have told me a faster horse.”

We could go on talking about hundreds of market studies that did not give a single dollar for a business idea, and turned out the idea of ​​the 1000 million, record companies whose experts said there was no market for that music, which led to the Beatles, and an ugly chair said that the market was too ugly, but Herman Miller decided to ignore the opinion of the market and managed to get the best selling chair in history. And the market meant that the chair was different, innovative, but not ugly and useless.

If you have taught us something new entrepreneurs to succeed, it is that today, the strategy must be “ready, fire, aim”. If you do it the traditional way, “ready, aim, aim, aim …” rarely starting to see the benefits with your idea. Because if your business idea is innovative, the market has little to say.

“You do not need market research for your new idea, customers need not need to ask questions;. Need to make sales”

It Tim Ferris, author of “speaking The 4-Hour Workweek”, which explained that many entrepreneurs asked friends and acquaintances if they buy the product they plan to sell. Most said yes, that was magnificent and great.

Then the real test was to tell them: “I have five units casually in the car want to buy one now and as is evident, received an excuse?

Once we are clear that we should not waste time and must set out the perfect business plan is to manufacture a few test drives, before you begin mass producing or investing large amounts of money in your idea.

If you have a hard sell 5 units probably have no business. The ideal business plan is to get your first 5 clients, and then 10 more. Then another 10, then another 20, if the number of new customers continues to rise, then that is your business plan: sell more. Everything else is writing words that are rarely met.

Although it is very tempting to think of all the rewards you’ll have if your business idea or your product gets success, the fact is that you should focus on the affordable loss. Basically it means thinking about the worst case scenario you might happen if your idea failed. Can you with it if you dare? If you think you can tolerate without getting into a depression, then go ahead.

Do not expect the perfect opportunity, and begins with the means you have at your fingertips. Focus on what you know and what you can do, and searches for users or customers. That is the market research and the ideal business plan.