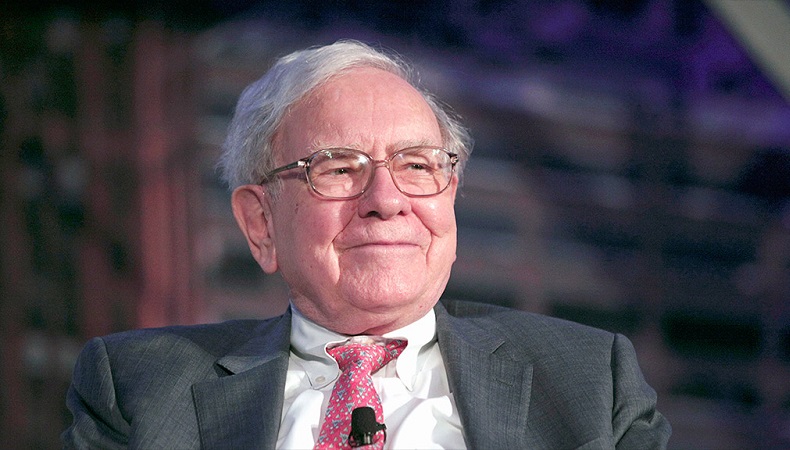 For those who have no idea what to invest, the third richest man in the world says what to do to make your money is safe and profitable.

As usual, every year, Warren Buffet, the world’s third richest man, according to Forbes magazine, publishes a letter to shareholders of his Berkshire Hathaway investment company on its website.

The words of one of the most successful investors of all history are full of acute observations about the behavior of markets and the economy, which can be quite useful not only for the shareholders of your company, but for all who are thinking to invest their money.

He presents seven financial advices drawn from the letter of Buffet this year, all a comprehensive guide for novice investors.

1. The bad times, rather than a threat is a business opportunity

Investors should not be afraid to adverse circumstances. “Politicians and experts have constantly complained about the major problems facing the United States. However, our citizens now live six times better than when I was born,” – said Buffet.

When investors are absorbed in pessimism and uncertainty often they tend to err. Rather than seeing the bad things, look for opportunities that are on paper.

The key to success is to get rid of your short-term vision, full of despair and distrust, and focus on the potential impact their investment in the long run. “Money will always flow toward opportunity,” – said the billionaire.

2. Businesses ‘fashionable’, are not always the safest and most profitable

Warren Buffet says he is prepared to invest and has ‘ready to shoot and your gun’ to make a large acquisition. However, Buffett has not yet pressed the trigger, suggesting it is having trouble finding good deals.

“Buffet’s company at this time has a cash reserve of US $ 38 billion. This amount is the highest the company has had in its history, “says Stifel Nicolas analyst Meyer Shield to The Wall Street Journal.

So if Buffet is driving cautiously business would be worth that other investors will also follow suit. Maybe this is a sign that market valuations are too high.

Do not be dazzled by fashion. The most popular investments can involve high risks and the idea is not to buy stocks with prices ‘inflated’.

You may also like to read another article on HeyGom: Invest today? Quick Tips to avoid mistakes!

Undoubtedly, many people have become rich with borrowed money, but excessive borrowing has also been the way for several remains in ruins.

The most serious problem is that living to be can become quite addictive. Very few have a conservative behavior and after trying a loan, do not fall into the temptation of always being in debt.

As we taught the sub-prime crisis, being too indebted is very risky, because when we do well and profits are magnified in difficult moment’s case with losses.

“As we learned in third grade – and some learned in 2008 – any series of positive numbers, regardless of the impressive number that can be, evaporates when multiplied by zero. History has told us that too often produces leverage zeros, even when used for quite intelligent people,” – said Buffet.

In business debts can also be lethal. Highly indebted companies often assume that their obligations can always be refinanced. Although this assumption is generally valid, occasionally getting resources can become a difficult task, either by problems specific to the company or by a credit crunch.

In these cases, companies must assume their obligations and the only way to do that is with cash.

Buffet makes an analogy between credit and oxygen. “When it is abundant, its presence goes unnoticed. But when missing, his absence is noticeable. And a short absence of credit, you can put many companies knees. In September 2008, the disappearance of credit kneeled to the economy of a country. “

4. Liquidity, key to survival in business

Buffet emphasizes the need to have money available to face significant losses or to acquire companies with potential, especially in times of financial turbulence.

His company maintains at least US $ 20 billion in pocket money in order to take unexpected costs, as it had in its insurance business when Hurricane Katrina hit the United States or make quick purchases.

You may also like to read another article on HeyGom: How to invest in 2016, advice on safe investments

If people choose to give their money to a group of experts to invest for them, it is key to who will manage their money, act and feel those resources as their own. That is, you hurt your losses and benefit from their profits.

Winston Churchill once said a phrase that also works well in the business world: “you give shape to their homes and then they give way to you.”

Bureaucracies only create more bureaucracy. Buffet invitation is to follow the model of his company, Berkshire Hathaway, where operating costs are low and special emphasis is made on a remuneration model that makes managers, officials and managers behave as owners. In Berkshire, “you and I (shareholders) are lucky to have them as stewards.”

Warren Buffet rarely makes prediction about an action. However, this time you venture to talk about Coca Cola.

Since buying this action in 1995, the company’s dividends have increased. Buffet says that “in 2011, almost certainly, will receive US $ 376 million Coca Cola, this is US $ more than last year earned 24 million. In ten years, I hope the US $ 376 million bend”.

At the end of this period, the billionaire would not be surprised to see earnings annual earnings of Coca Cola exceeding 100% of what you paid for that investment. Confirming once again its premise “Time is the friend of big business”. Buffet company has 8.6% of the shares of Coca Cola.

7. Well Fargo will pay dividends to its shareholders

US bank dividends will start to rise. The Federal Reserve, after the financial crisis, froze dividend levels of most banks were weak or strong, for the next two years.

According to the billionaire, currently, Wells Fargo enjoys economic strength, which has been forced to maintain an artificially low payment of dividends.

At some point, probably soon, restricting the Fed will rise and thus, Wells Fargo will resume dividend distribution policy that its owners deserve, Buffet writes. At that time, the bank dividends will increase by hundreds of millions of dollars a year, says Buffett, who has 6.5% stake.