What are the sources of recommendation that influence consumers? 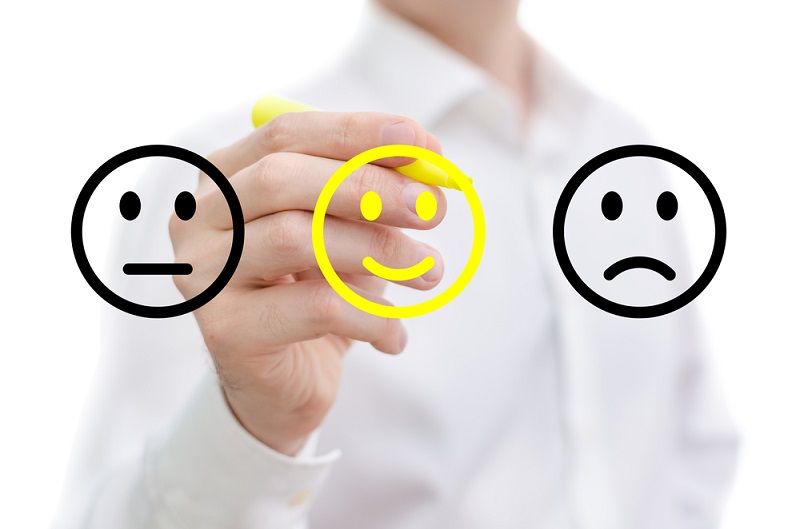 Not the advertising or “influencers”, even Hollywood stars. The recommendation sources have more weight in the minds of consumers are ordinary people whose only notable feature is proximity.

Family, friends, acquaintances, or anyone who is perceived as an equal, can have an influence on consumer opinion provided that such opinion is perceived as disinterested.

These influences work because the willingness to trust our fellow men is rooted in the depths of the human mind, to a depth that can hardly get traditional advertising.

This tendency to trust is due to the human need to work together to be more productive. Sharing information and experiences is perhaps the best way to achieve optimization effort involved in obtaining the necessary resources for subsistence.

Therefore, thousands of years of adaptation to this mechanism, so deeply integrated into our subconscious that even today, in the era of mass consumption, continues to weigh as a decisive factor.

Recommendations from friends and circles of trust

Consumers tend to attach great importance to what their close friends recommend or advise against. It is interesting because it need not be part of the family or member of the circle of friends of a person, to have an influence on their opinion.

The opinion of the relatives can be supported by two factors: authority and information. For the consumer perceives authority, it is necessary that the person has previously shared experiences. These experiences form the “curriculum” recommended.

On the other hand, information has weight by itself and does not need a knowledge of the informant to be perceived as a value. Maybe that perceive information as something of value, we believe that the opinion of a close friend is something that can be shared with our group of belonging. The desire to bring this value to our group as an act of generosity makes run to comment that what we learned on the Internet or in line at the supermarket.

Knowing the history of our informant helps us to value the intention of their contribution. Of course, we tend to consider that friend have no other intention than to give us information in order that we benefit from it, or get rid of an uncomfortable situation.

Moreover, the most distant links, as co-workers or neighbors can be strangers to us perfect, but enough for us not suspect an interest in providing such information to take it as valid.

This is because we have built a mechanism that alerts us when we perceive the possibility of being victims of a trap. It works by the subconscious relationship between the interest of the informant and the recommended action. If this mechanism is not triggered simply we trust. Perhaps for that reason, traditional advertising tends to lose its power increasingly, as we informed the interests that drive businesses.

You may also like to read another article on HeyGom: Why do market research for your business or product could be useless?

Consumption in modern society, it implies belonging, and the first instinct of belonging of an individual is to the family. The family is the primary source of consumption of an individual and, therefore, remains in your subconscious as the basis on which will measure and compare all acts of his adult life.

The products consumed in childhood tend to disappear from the listings consumer favorites, for the simple reason that our habits change as we mature. So it is not an acquired taste, but of imitation of the behavior of our elders.

Familiarity is membership in a particular group. That group includes the family though not end there. Our elders, besides belonging to the family, belonged to other groups that went beyond. So often we tend to inherit those possessions because we are more familiar than the rest. So, sports teams, political parties, regional groups, etc., are adopted by inheritance rather than by any rational reason.

Consuming a brand is no exception to this mechanism. The mere fact that it has been chosen by our family group puts it in advantage over the rest.Eating the favorite brand of our parents and grandparents reaffirms us as part of that group, but also frees us from the emotional stress of choosing a product that we associate with groups other than our own.

However, the products are not unchanging over time. These change, evolve and are altered their qualities. If we perceive a depreciation in the qualities thereof, we will not hesitate to stop eating, accepting that over time, changes in production technologies, or even in the corporate establishment of the company, has left its mark, and it is no longer the same product that consumed our parents.

This concept is liberating for the consumer who no longer perceived as a “betrayal” not to consume what group he belongs historically came consuming.

As a consumer can break free from the familiar brands, you can also hold on to them if you need to tighten security and identity. It is common in the first months of independence, young people blindly copy the behavior of their parents consumption in an attempt to reduce the stress that represents them having to make decisions that make the success or failure of your day.

Social networks have as a feature that can be used in many different ways.They can serve to reaffirm who we are, linking us with the same or peers;They can be used to express a different, aspirational I; or they may function as a means of connection with what we consider strange, alien and distant, a way to peek into a space on which we are curious, but we do not want to belong. We may also consider a fourth case, which contains all the above in varying degrees.

In all cases, social networks function as a discovery tool, information, and entertainment. But not all serves as a source of recommendation for consumption.

In the case of consumption, again, the recommended par excellence are those we consider as peers. So in a way, when we look for information or opinions on social networks, we are trying to confirm our own assumptions.

This is confirmed when the search results in, getting information that contradicts our initial assumption. The feeling we feel is no relief for having rid of making a mistake, but on the contrary, we feel anguish because our dream was interrupted.

The marks do not escape this dynamic, and its presence in social networks tends to create groups of inbred membership as a mirror reflecting the opinions and concepts presented to the network by the same brand.

Because of these phenomena, consumers tend to discriminate comments and opinions of those Internet users who come from outside the group membership, and only consider as valid those they perceive as peers.

You may also like to read another article on HeyGom: 7 Tips to improve your sales work

The “Social Proof” or social approval is another factor strongly influencing the decisions of consumers. This is a well known by the content industry phenomenon that has employed him always with their lists of “best seller”.The same applies to the audiovisual media where the “rating” acts as a kind of indicator of social approval. In general, this phenomenon is also seen in the online content, where content that is most viewed, commented or shared by users receive more attention than the rest.

In all these cases, we could say that the “social proof” acts inciting the curiosity of users. But also, there is the search for social approval as a way to reinforce the arguments for decision-making. The inclusion of comments, reviews, and opinions of consumers in e-commerce, is an element that reinforces or decides to purchase.

So strong is this need to feel supported by the opinion of the rest of the community, not only not satisfied with the opinions that provide us the trader but went looking more at sites specializing in consumer reviews.

But the fact that most take a purchase decision one way does not mean that this decision will work for us. So why do we seek with all consumers if we do not necessarily have the same needs?

It is clear that there is an anxiety related to making a bad purchase decision, we seek to share decrease from the point of view of the majority.That is, they are not satisfied with reinforcing our conviction but we need to feel accompanied if the decision is incorrect.

Thus, the “social proof” works into believing that helps us make the “right” decision when we actually release of individual responsibility in a bad eventual decision. It is recalled that people seek in their decisions to avoid pain rather than seek pleasure.

the seller was always thought, as the influencer par excellence when it comes to convincing a customer to get the product you need. That’s what I thought, but the reality is that often, marketers achieve the opposite effect when interposed between the consumer and the product. And far from facilitating the sale, they end up ruining it.

We all feel uncomfortable when the seller offers assistance not ask, in the same way, we feel upset when if we ask and do not receive it.

In essence, what we hope the seller is not to sell us but you provide purchase. And between these two concepts, there is a world of difference.

The reality is that people like to buy, without being influenced by the seller.To achieve this feeling, sellers should assume the role of a facilitator of purchase, mount your strategy in the existing customer desire and pave the way to the box.

Taken to the physical world, sellers should follow this criterion if they want to continue the approach Omni-Channel that companies tend to adopt.

Ourselves as a source of influence

Another factor influencing consumer behavior is the nostalgia. The desire to recover what is remembered fondly and considered lost due to the passage of time and the evolution of the person. In this case, the person who influences ourselves. The individual who we were and that somehow we are no longer. The desire to recover what we felt encouraged us to repeat behaviors, and consumer behavior is one that most tend to repeat because it is the least emotional and physical commitment demands.

These influences weigh more on consumer advertising efforts of companies and often explain the successes and failures in advertising campaigns. The problem is that they are very difficult to implement or even measure, so its contribution to the purchase decision is immersed in the nebula of uncertainty. However, a good marketing strategy must take into account the circles of influence of the target consumer and act on them as part of a campaign to attract consumers, and hope that the long-awaited recommendation peer occur.


influence consumers What are the sources